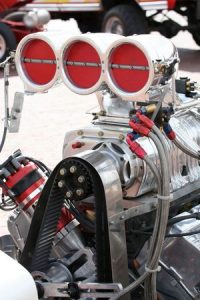 Now known as the National Truck Pullers Association Budweiser Dairyland Super National Truck and Tractor Pull, the event drew over 60,000 visitors to Tomah this weekend. It might have earned itself a big-name sponsorship and a nicer track over the years, but its mission is still the same: make some noise and have some fun.

So what is that people love so much about Tomah’s annual pull? According to many of the event’s organizers, it’s all about the spirit of the sport.

“I often say that it is the noise, the smell of the fuel, the black smoke, the fire that shoots from the modified trucks at night, and the people that come back year after year after year that you get to see,” said Tomah Tractor Pull marketing manager Julie Zebro in an interview with a local news outlet.

After four decades, Tomah’s truck and tractor pull has offered generations of fans the opportunity to connect with the sport and see some of their favorite contenders in action. Today, some of the same people who have been coming back for years are able to bring their children to experience the event for the first time as well.

Here at SCS Gearbox, we’re thrilled to hear this home-grown motorsport is alive and well in America’s heartland. Here’s to hoping the folks in Tomah will keep on pulling for another 40 years.