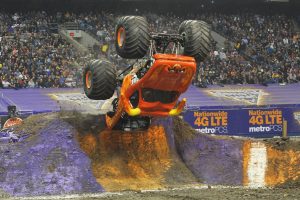 Monster truck shows are widely popular across the country. While the entertainment level is always taken up a notch for guest excitement, show coordinators first go the extra mile with safety.

At a monster truck event, you can expect strict safety procedure is put in place so as not to disrupt the spectator’s ability to cheer and shout for their favorite truck. The speed at which a five to six ton monster truck roars over other vehicles can cause debris to scatter and potentially do harm. This is why show officials take no chances and make sure everyone involved remains safe.

Accidents can happen, but viewers and show personnel should know that monster truck associations such as MonsterJam do all they can to protect the people and reserve the good reputation this sport has been able to maintain.

Some of the safety protocols put into place at event shows include:

Because of this sports potential for real danger, these events wouldn’t be run if safety weren’t a high priority. Just as with any sport, we have to be mindful of accidents, but monster truck enthusiasts can be assured that safety and protection is always at the forefront.