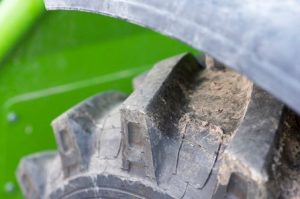 At the very beginning, tractor pulling didn’t actually involve tractors at all. In the 1860s, horses were used to pull many of the machines used on farms, and farmers would often brag about how strong their horses were. To settle arguments, the farmers would take a barn door, lay it flat on the ground, attach their horses to it, and then see how many people the horse could pull as they piled onto the door. It was a test of a horse’s strength, and before long, there were entire events that featured horses pulling these barn doors around.

The National Tractor Pullers Association was later created in 1969 with representatives from eight states, including Illinois, Michigan, Minnesota, Ohio, and Pennsylvania. The NTPA created a standard set of rules for tractor pulls and worked to make them safer and more competitive overall. Tractor pulling continues to be a really big deal in certain segments of the country, and it has kept evolving over time. Today’s tractors can pull ridiculously large amounts of weight and attract large crowds looking to be amazed by the tractors.

If you take part in tractor pulling and need tractor pulling parts, SCS Gearbox can provide them for you. Call us at 419-483-7278 today to hear about the parts that we currently have in stock.