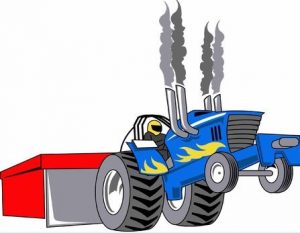 Do you love tractor pulling? Then you should make it a point to attend the Championship Tractor Pull at least once to see some of the best tractor pull drivers in the nation—and the world!—battle it out. The Championship Tractor Pull has been around for half a century now, and it will celebrate the monumental feat with another exciting series of shows at Freedom Hall in Louisville, Kentucky on the nights of February 14, 15, 16, and 17 in conjunction with the National Farm Machinery Show. It’s an event you won’t want to miss if you’re a fan of tractor pulling.

Therefore, what can you expect from the Championship Tractor Pull? Well, it’s an invitation-only event that features the biggest stars in the tractor pulling community doing what they do best in their state-of-the-art machines. The drivers will use Pro Stocks, Super Stocks, Modified, and Alcohol tractors to get down to business. They will also utilize two-wheel and four-wheel drive trucks during the event as they compete in five exciting performances. More than $200,000 will be at stake during the nationally-recognized pull, and bragging rights will also be on the line, which might ultimately be more important than the money to many of the drivers.

For more information on the Championship Tractor Pull, go here. You can also read up on the National Farm Machinery Show here. For those interested in placing an order for truck or tractor pull parts, call SCS Gearbox at 419-483-7278 today.