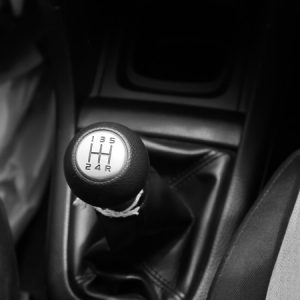 It seems the term “standard” transmission has become something of a misnomer for American consumers. Last year, vehicles with manual transmissions accounted for less than 3 percent of all vehicle sales in the US. For the average commuter in 2016, the decline in manual transmission sales might have been borderline imperceptible. For those of us who grew up driving stick, however, it’s tantamount to a national tragedy.

Just a decade ago, manual transmissions were standard options on just about every vehicle model under the sun. They were revered for their superior reliability, performance and control. Perhaps most importantly, though, they were fun to drive—especially compared to the sluggish, clunky automatic transmissions of the day. In sporty vehicles, a manual transmission was practically an imperative for most drivers. But as automatic transmission design improved, demand for manual gearboxes has gradually waned to the point of near extinction.

Even exotic high-performance automakers like Ferrari and Lamborghini have stopped offering manual transmissions in recent years. When automakers do offer manual transmissions these days, they tend to only make them available on extremely bare-bones models that lack valuable performance upgrades. For people who want to truly enjoy their driving experience, this kind of defeats the purpose of buying a car with a manual gearbox.

There are still a few automakers who have remained steadfast in their commitment to the manual gearbox—Subaru and Mazda, for example. And sure, knowing how to drive stick can come in real handy in a foreign country. But if things continue on their current trajectory, it’s possible that racetracks will be the only places in America you’ll be able to find manual gearboxes in another decade or so.