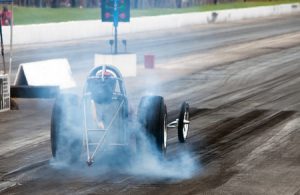 Looking for something to watch this weekend? With a cable subscription, you can watch as many as eight hours of drag racing a day on ESPN3 this Saturday and Sunday, February 4-5.This will be the first time since 1999 that an ESPN network has aired International Hot Rod Association (IHRA) drag races.

After 18 years of being off the popular cable sports networks, the IHRA has reached an agreement with ESPN that will allow two days of events from the 2017 Summit Sportsman National Championship to stream live on ESPN3. IHRA officials are optimistic that the broadcast could usher in a new era for the Sportsman Racing Division.

“This agreement highlights our sportsman racers and positions us to move into 2018 with a tremendous partner for our professional racing series with significant momentum behind the IHRA, its teams, tracks and sponsors,” said Chris Lencheski, vice chairman and CEO of IHRA’s parent company in a statement.

ESPN officials have also expressed excitement at the return of IHRA drag racing to their networks, and it sounds like we may very well see more of the races on ESPN in the near future as well. If this weekend’s races are well-received by viewers, this could be the start of a whole new age of televised drag racing.