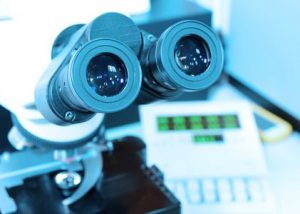 Monster trucks are known for being big. They have big bodies, big tires, and big, well, just about everything. There is absolutely nothing tiny about them. But recently, researchers at Ohio University created what is being hailed the world’s tiniest “monster truck” and it might change the way that you look at monster trucks as a whole. Because unlike the monster trucks you are used to, the world’s smallest monster truck was so small that people couldn’t even see it with the naked eye.

The “monster truck” that the Ohio University researchers created was built back in April as part of a “nanorace” that was held to drum up interest in nanoscience as a whole. The nanorace took place at the French National Center for Scientific Research, and it involved a handful of molecule-sized nanovehicles that took part in a race that spanned a length that only amounted to a fraction of a width of a human hair. It took the nanovehicles about 30 hours to complete the race, and while they obviously didn’t have motors attached to them, they did provide plenty of action for all of the researchers who took part in the race. They watched as they moved along gold and silver tracks and observed their movements to see how they performed.

The Ohio University researchers didn’t win the race with their “monster truck.” However, they did come in third place, and they did make some interesting observations about their molecular machine. They believe machines like it could be used in the electronic and data storage fields in the future if they are developed further. Who knew “monster trucks” might play such an important role one day?

At SCS Gearbox, there’s nothing that we love more than monster trucks, and we’re glad to see that they are so popular that they’re even making a splash in the world of nanoscience. We specialize in providing monster truck drivers with the parts they need to be successful. Take a look at what we have in our inventory or call us at 419-483-7278 today with any questions you might have.