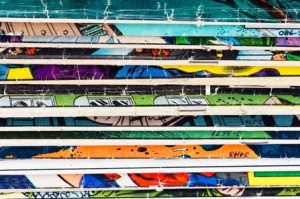 On November 17, Marvel’s The Punisher is going to premiere on Netflix, and people are really excited to check it out and see what it’s all about. In the meantime, Marvel is going all out to promote the show and to drum up even more interest in it. Recently, that included creating a Punisher-themed monster truck that was used to promote the show at a Monster Jam event.

The monster truck that was commissioned by Marvel featured a bunch of promotional artwork for The Punisher on the outside of it. It was also equipped to handle all of the rigors that come along with taking part in a monster truck show. It debuted at the Houston Monster Jam on October 21 and amazed those fans who gathered to see the 12,000-pound truck in action. Driver Tony Ochs was behind the wheel, and he spoke about how honored he was to get to drive the Punisher monster truck.

“Representing The Punisher in Netflix and Marvel’s limited-edition ride this weekend was an honor,” he said after the show. “I’m a huge fan of [Punisher star] Jon Bernthal and especially his crime fighting character, Frank Castle, who comes from a military background like me. I made every effort to channel The Punisher’s take-no-prisoner attitude on the course at NRG Stadium and am thrilled to have delivered in front of a sold-out crowd.”

If you’re one of the many people eagerly anticipating The Punisher, you won’t have to wait much longer. But for now, the Punisher monster truck should hold you over.

SCS Gearbox is so excited to see Marvel using the power of monster trucks to promote their latest show. We help those who have monster trucks get the products they need for them. Call us at 419-483-7278 today to find out about how we can help you with your monster truck needs.