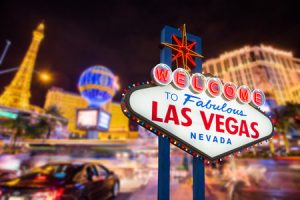 Just when you think you’ve seen it all…

After decades of intense competition in the Monster Jam arena, you’d think these daredevil drivers would have accomplished just about every insane monster truck stunt under the sun by now. But this weekend, Lee O’Donnell proved us all wrong when he successfully completed the first ever front flip in a monster truck at the Monster Jam World Finals in Las Vegas. It was a truly mind-bending stunt that pushed the limits of monster truck physics.

The stunt started out routinely enough—O’Donnell took a long run-up to a jump and then landed with a healthy bounce, balancing the truck on its rear tires. He then continues on with the front end of the truck lifted in the air, driving his rear tires into the next jump and propelling the truck into a dizzying forward spin. After completing a full rotation he lands on the far side of the jump and skids into a victory lap. The crowd, meanwhile, goes absolutely nuts.

O’Donnell’s daring driving skills might have made it look like he was just flying by the seat of his pants, but you can bet that he and the entire Mad Scientist team put a whole lot of careful planning and preparation into this stunt before anyone got behind the wheel to try it. No matter how many times you watch it, it’s still hard to believe O’Donnell was able to pull this off.

To see the incredible stunt for yourself, check out the video below!